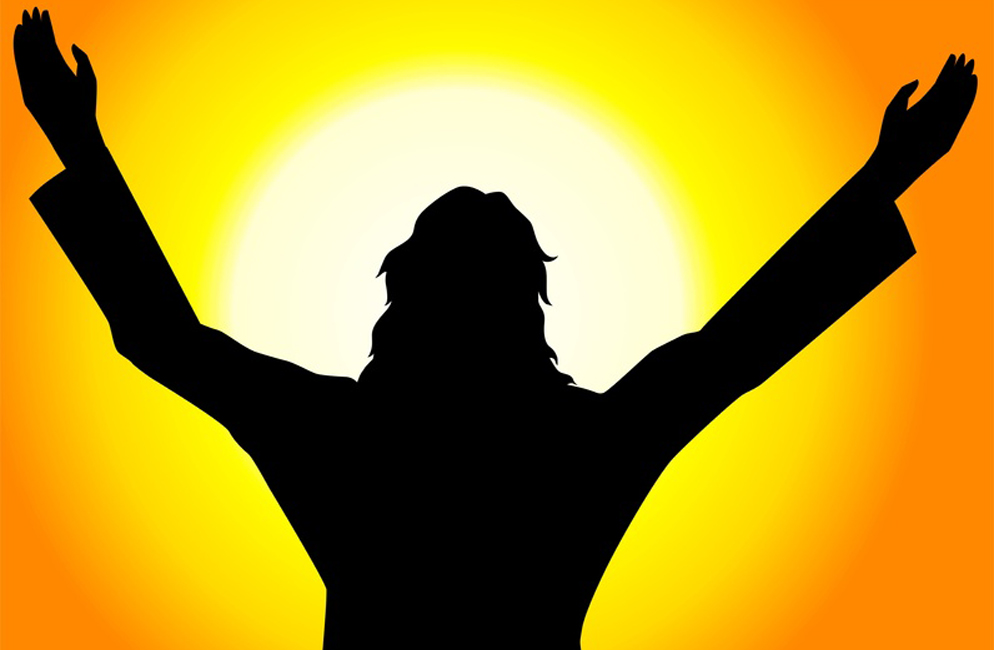 As Pastor Charles Edward Jefferson shows, even Jesus’s critics recognized His joy. And Jesus said His joy would be in us, if only we abide in Him.

“We are trying to see Jesus of Nazareth! Our one question is: What kind of man was he? . . . It is by no means easy to see him as he was, the mists blow in between us and him, and blur the features of his face. The dust settles upon the picture which the evangelists have painted and the man becomes dim to our eyes. All sorts of men — poets, philosophers, painters — have like so many human spiders woven cobwebs over the picture, so that until we brush the cobwebs away it is impossible to see him.”

“All the Christian churches take their name from this man. The churches differ widely from one another in worship, in government, in teachings, . . . but this one thing is remarkable, that all the Christian churches of the world are clinging tenaciously to the garments of this man. . . . ‘He,’ they say, ‘is our example. We are to reproduce the characteristic notes displayed in him.’ And therefore it becomes not only an interesting enterprise, but one of tremendous importance, this effort to find out what kind of man he was. If we get a distorted image of him, we harm ourselves and rob the world.”

“Pushing then all the poets and philosophers aside, let us ask ourselves the question: Did Jesus of Nazareth impress men as glad or sad, solemn or radiant, jubilant or melancholy? There is no doubt about the answer which the painters give. They nearly always paint him sad. . . . But we cannot afford to follow the painters. They paint Jesus with a halo. Nobody in Jerusalem ever saw the halo. . . . We want to see him as he was.”

“To find out what impression he really made upon the people of his day, it will be worth our while to listen to what his enemies had to say. Of course his enemies will not speak the ungarbled truth, they will deal in falsehoods; but even falsehoods are of great advantage in trying to make one’s way toward the truth. . . . For falsehoods when arranged in a row have a curious fashion of pointing in the direction of the truth. When a man begins lying, if you can only keep him lying long enough, he will by and by put you on the track of discovering what the truth is. And so it is with the enemies of Jesus.”

“They have said certain things which are invaluable to us in our search after authentic knowledge of the character of Jesus. . . . They declared he was a glutton. Of course he was not, but they said he was. Now a glutton is never a glum and sour-faced man. Gluttony is a form of pleasure. . . . When men said he was a glutton we may rest assured he was not an ascetic in his looks or habits.”

“They also called him a wine bibber. Of course he was not, but the very fact that they accused him of guzzling wine points in the direction of the kind of man he was. A wine bibber is usually a jolly man. . . . A man under the influence of wine is exceedingly social and talkative and genial. The enemies of Jesus would never have called him a wine bibber if he had been as glum and sad as some of the artists have painted him.”

“They called him also the friend of publicans and sinners. . . . He associated with people who had no piety at all. When they declared he was a friend of these non-churchgoers, they implied that he was of the same stripe as they. . . . So his enemies declared, and if Jesus had been taciturn and sullen, grim and morose, his enemies would never have declared he was a boon companion of lighthearted men. . . . Put, then, these three bits of falsehood together, and what is the direction in which they point? They are the most precious bits of slander that ever slipped from slimy lips. They prove indisputably that whatever Jesus was or was not, he was not morose or sour or melancholy.”

“Having listened to the testimony of his enemies, let us now study one of the words Jesus applied to himself. . . . Some people came to Jesus one day in disgust, saying, ‘Why do your disciples not fast?’ The reply of Jesus is illuminating. He said, ‘How can the children of the bridechamber fast when the bridegroom is with them?’ Did you ever mark the use of that word ‘bridegroom’? . . . He seized upon a word that is the symbol of human joy. If ever a man is happy in this world, it is on his wedding day. Jesus says that he lives in an atmosphere of wedding joy, and so also do his disciples.”

“It would seem, then, that Jesus was a man abounding in joy. Gladness was one of the notes of his character. Listen to him as he teaches, and again and again you catch the notes of happiness. He was all the time saying, ‘Unless you become like a little child, you cannot enter the kingdom of God’ — and what was it in the little child that attracted him? One thing which attracted him was the child’s sunny heart. What would we do in this world without the children laughing away the cares and sighs?”

“Or listen again to what he says about worry. He defines it as one of the deadliest of all sins. We are not to worry about the present, about the necessities of existence, about tomorrow, about what we ought to do or say in the great crises which lie ahead of us. It is not right, he says; it is contrary to the law of God. Look at nature: see the lilies and the birds, there is not a trace of worry or of care in all nature’s lovely face.”

“Listen again to the exhortations which he gives his disciples. He tells them that when men persecute them and say all manner of evil against them falsely, they are to rejoice and be exceeding glad. The English translation does not do justice to the Greek. He says, ‘Rejoice and leap for joy.’ Let your joy express itself. When matters are at their worst, then you ought to have the happiness which leaps. Certainly a sad-hearted man could never give advice like that.”

“Listen to him again as he says to the great crowds, ‘Come unto me all ye that labor and are heavy laden, and I will give you rest; for my yoke is easy and my burden is light.’ A glum-faced prophet could never speak so. He was glad even to the end. Even in the upper chamber, with death only a few hours away, he goes right on speaking of the joy that is bubbling up in his own heart and he prays that the same joy may abound in the hearts of those that love him. He tells his disciples that all of his teaching has been granted unto them because of his desire that his joy might remain in them.”

“A Christian must then, if he would follow Jesus, be a joyous and jubilant man. Someone says at once, ‘Ah, I know many Christians who are anything but happy, they are the most doleful creatures in all the world, they whine and whimper, they sob and cry, their very faces are images of woe — how will you explain that?’ The explanation is that all such persons although they profess to follow Jesus, follow him afar off.”

“They are not developed Christians, mature or ripened Christians. The very finest apples, you know, in the earlier stages of their growth are sour and green. It is not until the sun has done his perfect work that they are golden and luscious. Just so it is with souls in the earlier stages of development — they are often green and sour, crabbed, and full of acid. But if they will only subject themselves to the shining of the sun, the great joyous, exuberant, laughing sun, all the juices of their nature will grow sweet and mellow, and they will find themselves at last in the kingdom of peace and joy.”

One thought on “The Gladness of Jesus”