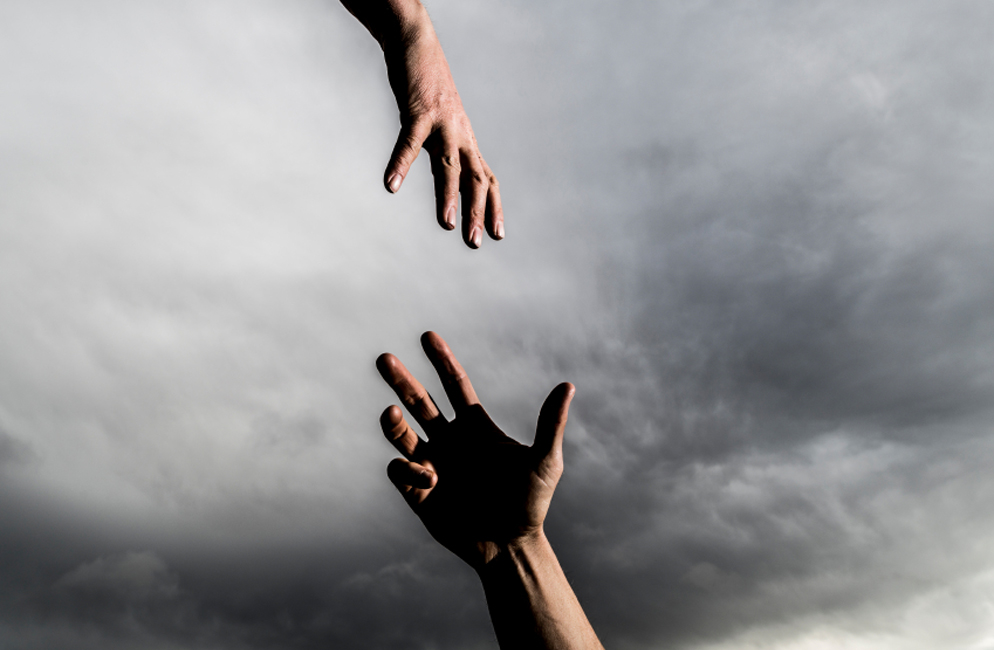 Jesus said, “Love each other as I have loved you.” And brothers and sisters, O how He has loved us! Pastor Charles Edward Jefferson counts the ways.

“Possibly we cannot do better than to take the word ‘brotherliness,’ for this word contains two elements, both of which are essential if we would understand the kind of man Jesus was. Brotherliness carries in it not only a sense of kinship but likewise a disposition to render help. There is a relationship and likewise a helpfulness, and both of these blended into one constitute the quality to which I invite your attention now.”

“Am I My Brother’s Keeper?”

“That this trait in Jesus made a profound impression upon his contemporaries is evidenced not only by what his friends have said about him, but also by the criticisms and sneers which he drew from his foes. It was a common taunt of the scribes and Pharisees that he was a friend of publicans and sinners, and when he hung dying on the cross the leading men of the Jewish church gathered round him saying with a jeer, ‘He saved others, he cannot save himself.'”

“Both of these accusations are as devilish as anything to be found in the literature of the world, but they are valuable to us in this — that they show conclusively what impression this man of Galilee made upon the people of his time. It had been his practice all the way through life to help men. He had been a friendly, brotherly man even to the lowest and the basest of society.”

“The same trait is characterized in a famous phrase written by one of his dearest friends, ‘He went about doing good.’ What more beautiful eulogy has ever been written about a man than that? With what more lovely wreath of roses could you cover a man’s career? In three sentences — ‘The friend of publicans and sinners,’ ‘He saved others, he cannot save himself,’ ‘He went about doing good’ — we get eloquent testimony that Jesus had a brotherly heart.”

“Nowhere does his brotherliness come out more clearly than in his treatment of the sick. He could not pass a sick man without his soul going out to help him. . . . Misery drew virtue from his heart. A large proportion of all the recorded miracles are miracles of healing. He could not look upon the deaf or dumb, the palsied, the blind, without putting forth his power to help them.”

“His brotherliness is also manifested in his teaching. He could not look into men’s faces without being pained by their confusion, their perplexity, and their misery. He could not see men passing on to the judgment day without telling them something about the great God in whose world they were living. When he saw men fainting and scattered abroad like sheep having no shepherd, his heart was moved with compassion.”

“Love Your Neighbor as Yourself”

“Not only was he brotherly himself, but to him brotherliness is the very essence of religion. Without brotherliness there can be no religion that is pleasing unto God. The old law had said that one man must not kill another, but Jesus went far beyond the requirements of that law — he said that calling a man names was also wicked and would bring him into judgment. To use adjectives that pierce and cut, . . . to speak of men in ways that degrade them — that is wickedness and will bring the severest retribution.”

“One of the greatest of his parables is the parable of Lazarus. A rich man fares sumptuously every day, and at his gate there lies a poor sick beggar, his body covered with ulcers, with no friend to bring relief. . . . Jesus says when that thing happens in this world, something happens in the next world. You can almost feel the heat of his indignant soul. You can hear him asking, ‘Do you suppose that inhumanity like that will go unpunished in the universe of God?'”

“It was not because the rich man was rich and dressed in fine raiment and fared sumptuously every day, that later on he lifted up his eyes in torment. Abraham also was rich and fared sumptuously every day, but Abraham went to heaven because he had a brother’s heart. This rich man went to hell because his heart was not tender, his sympathy did not go out to a brother’s need.”

“Love Each Other as I Have Loved You”

“And how did Palestine receive this brotherliness? It did not like it. Jesus was too brotherly, men misunderstood him. They misinterpreted him, they maligned him, they laid their plans to kill him; but they could not make him anything else than brotherly.”

“In spite of all their ugliness and vindictiveness he went on helping them all he could, and when they laid their plots to kill him, he went bravely forward giving help, saying: ‘If I cannot help them with my life I will help them with my death. By dying I will convince them that I wanted to do them good. I, if I be lifted up, will draw all men unto me. When hanging on the cross they will understand me as they cannot understand me now. When they hear me praying for them with my dying breath, they will be convinced that I am indeed their brother.'”

One thought on “The Brotherliness of Jesus”