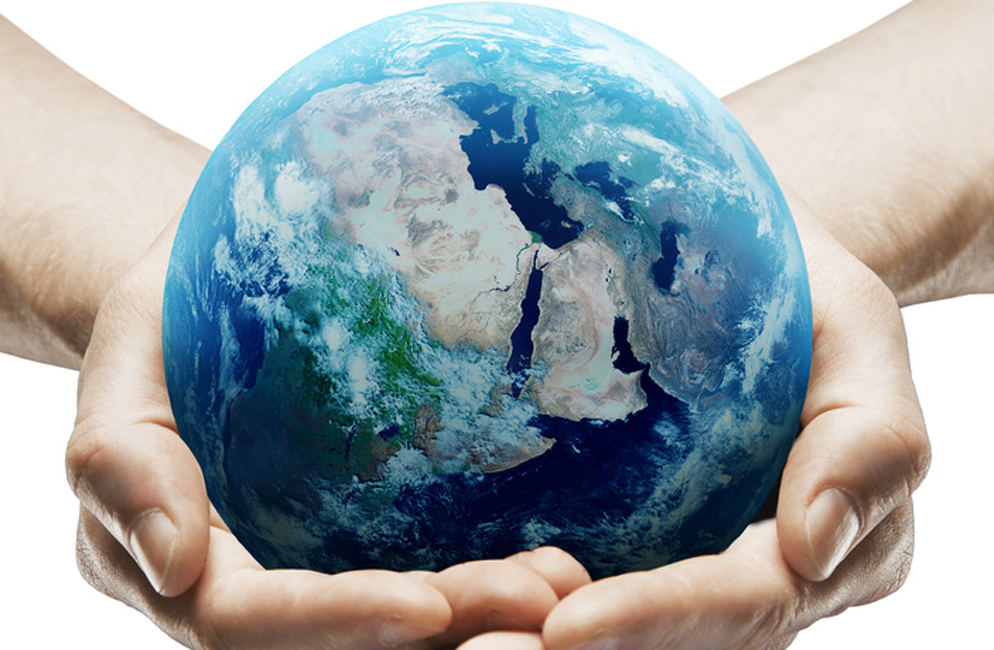 Can you imagine a more broad-hearted man than Jesus? As Pastor Charles Edward Jefferson shows, His heart and His mission took in the world.

“There is a sense in which Jesus of Nazareth was lacking in breadth. . . . He walked a path which was narrow and refused to give his approbation to men and measures which won the esteem and praise of thousands of his countrymen. But there was a purpose in this narrowness, and a reason for it. His narrowness was a product of his breadth. He walked the narrow path because he carried in his heart the dream of an empire which was vast.”

“By standing in one place and striking repeatedly the strings of the same set of hearts, he started vibrations which have filled the world with music. By carefully tending the fire which he had kindled, he made it hot enough to change the spiritual climate of many lands. By saturating a little circle of chosen followers with his spirit, he made them capable of carrying on their shoulders a lost race to God. By persistently treading a single path, he made that path so luminous that every eye can see it.”

“By limiting himself, and by making himself of no reputation, he founded a kingdom as broad as humanity and of which there shall be no end. If you study the New Testament, you will see that this man from the beginning carried the world in his eye and the race on his heart. What strange paradoxes one finds in the realm of the soul. If you would be broad, then be narrow. Jesus was narrow because his breadth was immeasurable.”

“The amplitude of Jesus’ ideas is evidenced by their perennial freshness and applicability to all kinds of men and conditions. How wonderful it is that Jesus’ ideas are broad enough to cover all the nations and all the centuries. Many ideas shrivel and dry up with the lapse of time. . . . But the ideas of Jesus have such breadth that they can cover the world and the ages.”

“So broad are these ideas and so universally applicable to the demands of the mind and the needs of the heart . . . that if one could see the whole of history unrolled before him, he would discover countless millions of humanity gathered round a single teacher. . . . Broad, indeed, must be the ideas which can cover all peoples and kindreds and tongues throughout all the eras of their existence.”

“His heart was as far-reaching as his brain. . . . His heart went out to all sorts and conditions of men in a way which was reckless and shocking. . . . The land was crossed in all directions by dividing walls and estranging barriers, constructed by narrow-hearted teachers, and after Jesus had walked through the land, lo, the barriers and walls were a mass of ruins. His great, loving heart burst asunder all the regulations and restrictions. There was room in his soul for everybody.”

“His love was unbounded. It was an ocean without a shore. He was not willing that his followers should set boundaries to their love, because all such barriers were contrary to his habit and foreign to his spirit. When Peter asked him how often a man ought to forgive another who has trespassed against him, and suggested seven as a number almost grotesquely large, being more than twice the number suggested by the most liberal of the rabbis, Jesus said: ‘Do not set any limits at all. There are no boundaries in the realm of love. You cannot calculate in the empire of the heart.'”

“Whenever he spoke about love he said something which amazed his hearers. One day he said, ‘Love your enemies; bless them that curse you; do good to them that hate you; and pray for them that despitefully use you and persecute you.’ When men stood aghast showing by their faces that only God could be expected to have a love so broad, Jesus went on to add that God is the model of all men who want to live right, that one’s constant aim shall be to bring his life up to God’s style, and to imitate Him in the unbounded reach of His goodwill.”

“Nor was this simply exhortation. It was not only preaching but practice. Jesus taught forgiveness because he knew the blessedness of a forgiving heart. He himself was forgiving always. He had no grudges, no retaliations, no revenges. Some men forgive because they have not eyes to see the heinousness of wrong, and not heart to feel its devilishness. Jesus saw the loathsomeness of vice, knew the odiousness of vulgarity, felt the hideousness of sin. His heart was so sensitive that it blazed against evil, but while he loathed the sin he could love the sinner, and so when his executioners nailed his hands and feet to the cross, the only word which escaped his lips was, ‘Forgive,’ ‘Forgive,’ ‘Forgive.’ That great word contained the blood of his heart.”

“It is this abounding love which accounts for the immeasurable reaches of his hope. He was the most hopeful of all teachers. No matter how dull the pupil, he still believed that he would learn. . . . To the religious teachers of Palestine certain classes were beyond redemption. They were lost and were labeled ‘Lost.’ It was known throughout the city that to certain sinners no exhortation could be directed, no promise could be offered.”

“But Jesus, because he loved, also hoped. His hope was as immeasurable as his love. He did not reject the refuse of society. . . . The dregs of society are not to be carelessly tossed away. There is a chance for the man who is supposed to have no chance, there is hope for the man whom men have doomed to perdition. You cannot tell what is in a man by what he says or even by what he does. There is more in him than comes out in his words and his deeds. And so Jesus proceeded to show that the so-called lost men were not lost. . . . He did not hesitate to direct his most earnest exhortations to men who were supposed to have no heart, and even when the world’s cruelty was cutting into him like steel, he said, ‘I, if I be lifted up, will draw all men unto me.’ So boundless was his confidence in man, that he set no limits to his expectations.”

“He could not accomplish the redemption of the world in the few years of his earthly career, but he would form a society, baptize it with his spirit, and through this society God from His throne in heaven would redeem the race. . . . Mark the method of Jesus. He chooses men of all grades and from all classes. . . . There is a mercurial man, Peter; and there is a lymphatic man, Thomas. There is a fire-eater, Simon the Zealot, a member of the fieriest political party in Palestine; and there is the prosaic and slow-going Philip. There is a man of good family and spotless reputation, John; and by his side is a man with a tarnished name, Matthew, the publican.”

“In doing a wide work you must have a broad instrument, and the Christian church as it left the hands of Jesus embraced in its membership the types of men which would be able to open all the doors. Never does the breadth of the mind of Jesus come out with more startling clearness than in the manner of his choices in the formation of the society which was to bear his name and carry on his work.”

“It was a great work, the vastest which has ever entered into the heart of man. He had constantly the ends of the earth in his eye. . . . At an early stage he told his apostles not to go outside the limits of their own people in their work, but this limitation of field was only educational, and with their increasing strength was to pass forever away. . . . Before he left the earth he poured into their ear the great message which had been in his heart from the beginning, and it ran thus, ‘Go preach the Gospel to the whole creation.’ All national boundaries are now obliterated. . . . ‘Go disciple the nations.'”

“In Jesus of Nazareth we get a revelation of the breadth of the heart of the Eternal. How did it happen that Jesus was so spacious in his ideas and so broad in his sympathies and so far-reaching in his plannings? It was because God was in him revealing Himself to men. That is what God always is — broad in His sympathies, wonderful in His expectations, boundless in His love. He so loved the world that He gave His only begotten Son — and this Son came to earth and tasted death for every man — and the Spirit whom He sent and also the bride who is His church, they keep on crying . . . ‘Come! Let him that is athirst come. Whosoever will, let him take the water of life.'”

“This, then, is a message for us all. No matter who you are, you have a sure place in the mind and heart of God. No matter how you have sinned, you are inside the boundaries of His sympathy. No matter what you have said or felt or thought or done, you are still the object of His love. No matter how often you have disappointed Him, He is still expecting of you better things. Whoever you are, and wherever you are, and whatever you are, you are included in His plans. When He laid down the lines of His vast scheme for humanity, you were not overlooked or forgotten. When He framed His church, a place inside of it was assigned to you. That place will remain vacant until you fill it. You cannot escape Him. His arms are all-embracing. The width of His heart is infinite.”

2 thoughts on “The Breadth of Jesus”